End of the Summer Season in Nagu 2015

The summer season of 2015 has come to an end and the Pinatova-exhibit will go on a tour.
I wish to thank the following people and organisations for their support in making this exhibit possible. 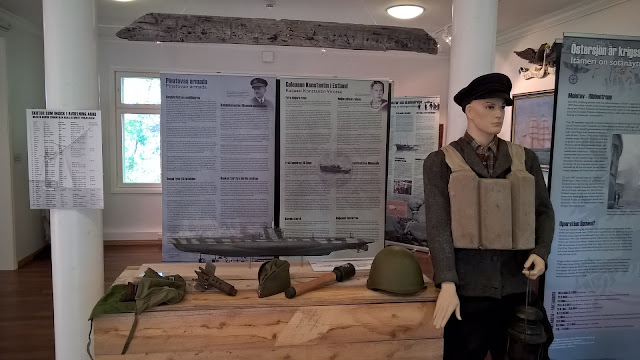 The Pinatova-exhibit of 2015 is well underway!

Creating a new exhibit is a process which requires a lot of research as well as a luck, which the following example will demonstrate. By sheer coincidence we happened to find an object of significant value for this summers exhibit. This object bears silent witness to the dramatic events that took place on the waves of the Baltic Sea during the fall of 1944.

Around 60 Finnish wooden vessels were forced to take part in the Sovjet military operation on the Estonians islands of Ösel and Dagö. Of these vessels 17 boats were lost and 8 civilians died. The Galeass Linnea was among the ships that were lost at sea. The ship was from Pederså in Kimito parish, owned by Albin Laurén. Linnea managed to complete her tour in Estonia but was attacked by the German submarine U-958 and sunk to the bottom of the sea along with her crew. The nameboard of the ship did wash ashore at Gunnarstrand in Hangö. The nameboard has recently been rediscovered in Bollböle in Pargas!


The story of Linnea and her crew will be inluded in to the summer exhibit in Nagu 2015.

Posted by Marcus Lepola at 2:09 PM